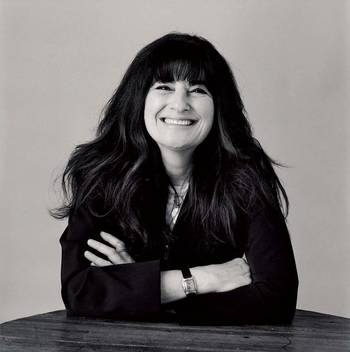 Bestselling author, food critic, and judge on Bravo’s Top Chef Masters, Ruth Reichl is “one of the nation’s most influential figures in the food world,” according to The Seattle Times. The recipient of six James Beard Awards, Reichl was the Editor-in-Chief of Gourmet Magazine for 10 years until its closing. Before her tenure at Gourmet, Reichl was the restaurant critic at The New York Times from 1993-1999 and both the restaurant critic and food editor at the Los Angeles Times from 1984-1993.

"I very much enjoyed the lively Yakima Town Hall group which made sharing my experiences a great pleasure. Many thanks for the invitation and I will try to keep in touch from time to time with developments from Kenya." - Louise Leakey, Leakey Family Dynasty Pioneer/Paleoanthropologist