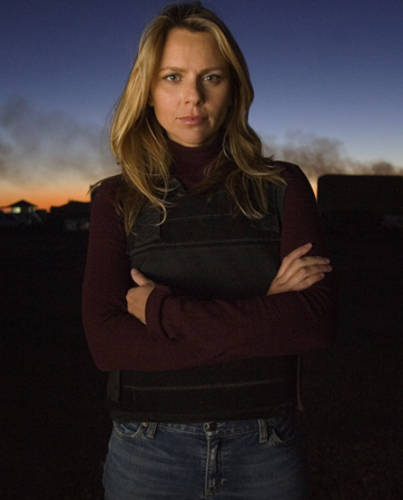 In her current role at 60 Minutes, Logan helps us understand the political and human conflicts around the world, including Syria, Pakistan, Iraq, Afghanistan, Israel, Palestine, and Egypt. Committed to the story, she lived in Iraq for five years at the height of the violence. She was one of the few journalists in Baghdad when the U.S. military entered the city, reporting live in the square as the statue of Sadam fell. Logan has earned almost every journalistic and reporting award; among them are the highly prestigious duPont-Columbia University Silver Baton, the Overseas Press Club, the Emmys and the RTNDA/ Edward R. Murrow Award—to name a few. Her fearless determination to get the story from its vortex, no matter how dangerous, has often put Logan herself in great danger. In Tahrir Square in Egypt, she came close to death when she was sexually assaulted by a mob while reporting for 60 Minutes on the Arab Spring. A journalist who heads straight into hostile places not for spectacle, but for the sake of our understanding the real issues of our time, Logan is an insightful interpreter of international current events and a fearless interviewer asking tough questions of today's most powerful people. Spoke at Town Hall on September 28, 2016.

Watch a Video about Lara Logan

"Thank you for asking me to speak at the Yakima Town Hall. And thanks especially for hosting me with such warmth ... I can tell that Yakima is my kind of town!" - Laura Bush