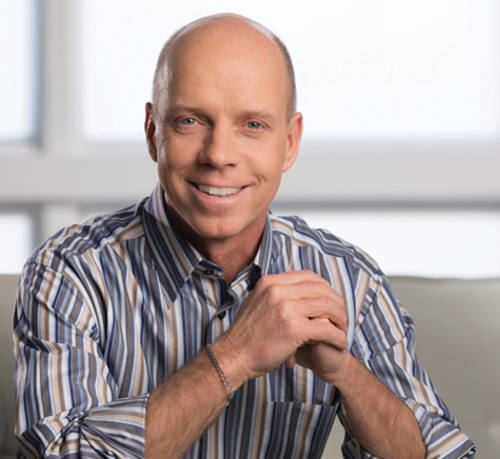 The most recognized male figure skating star in the world, Scott Hamilton has won 70 titles, awards and honors including an Emmy Award nomination, induction into the United States Olympic Hall of Fame and a privileged member of the World Figure Skating Hall of Fame. He captured the attention of the world over 25 years ago with his Olympic Gold medal performances in Sarajevo and since has shared his love and enthusiasm for the sport as a commentator, performer and best-selling author. He further inspires others as a speaker, philanthropist and cancer and pituitary brain tumor survivor. Most recently, Hamilton released his inspirational book “The Great Eight” and returned to the ice at age 51 before conquering a recurrence of the brain tumor in 2010.

Among his many accomplishments, Hamilton placed 5th in the 1980 Olympics, World Champion (1981-1983), individual Gold at Skate America (1981), Male Athlete of the Year (1981), Olympic Spirit Award (1984), the Jacques Favart Award as the first solo male figure skater recipient (1988), induction into the United States Olympic Hall of Fame (1990) and privileged member of the World Figure Skating Hall of Fame (1990).

In 1997, Scott was the recipient of yet another distinguished honor when on March 14th in front of a sold out crowd of 17,000 at Madison Square Garden, he became the first figure skater ever to be inducted into the Madison Square Garden Walk of Fame. Scott is now in the permanent company of such luminaries as Muhammad Ali, Michael Jordan, the Rolling Stones, and Frank Sinatra.

From 1986-2001, audiences saw Scott perform in his own Scott Hamilton's America Tour, with numerous U.S. symphony orchestras, and 15 national touring seasons in Stars On Ice, which he also co-created and, for which, he served as co-producer until his retirement from the tour in April 2001. Since then, he returned to Stars on Ice as a Special Guest Star in select cities for two seasons thereafter, and continues to be the creative producing force behind each annual production.

As an author, Scott received notable critical praise for his New York Times best-selling autobiography Landing It (Kensington Books, October 1999), an intimate, candid and insightful look at his professional and personal life on and off the ice.  His new inspirational book, The Great Eight, published by Thomas Nelson was released in January 2009.

Twenty-six years after his Olympic Gold, Scott continues to share his love and enthusiasm for ice skating as commentator for key competitions including Nationals, Worlds and the Olympics. He’s also tested his acting skills with film and television projects including Blades of Glory.

When he is not working or participating in a wide variety of charitable events, or acting as an official spokesperson for Target House at St. Jude Children’s Hospital in Memphis, Tennessee, as well as his own Scott Hamilton C.A.R.E.S. Initiative (Cancer Alliance for Research, Education and Survivorship) at the Cleveland Clinic Taussig Center in Cleveland, Ohio, or promoting his web site Chemocare.com (in conjunction with the Cleveland Clinic and CARES), or serving on the Board of Directors for Special Olympics, and Monroe Carell Jr. Children’s Hospital at Vanderbilt Scott can be found on the golf course and enjoys spending time with his wife Tracie and two sons – Aidan (8) and Maxx (4) - at their home outside Nashville, Tennessee. Spoke at Town Hall on September 30, 2015.

Watch a Video about Scott Hamilton

"I very much enjoyed the lively Yakima Town Hall group which made sharing my experiences a great pleasure. Many thanks for the invitation and I will try to keep in touch from time to time with developments from Kenya." - Louise Leakey, Leakey Family Dynasty Pioneer/Paleoanthropologist