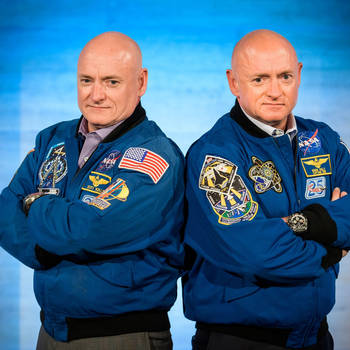 Identical twin brothers, Captains Mark and Scott Kelly have built careers almost as similar as they are remarkable. Mark commanded both the space shuttle Endeavor and the shuttle Discovery, and Scott Kelly lived a record-breaking year in space. During that year NASA performed its groundbreaking Twins Study, which monitored Scott in space and Mark on Earth, in an unprecedented experiment to understand how space affects the human body.