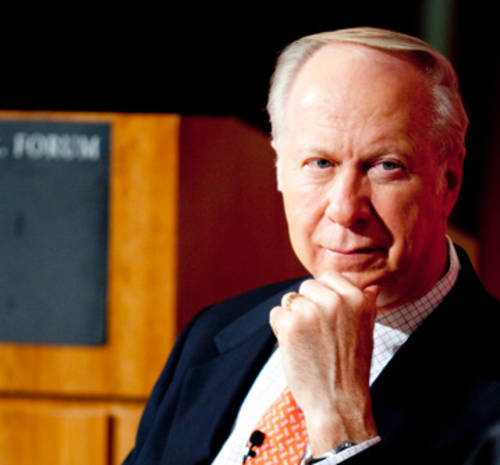 David is a professor of public service and director of the Center for Public Leadership at the Harvard Kennedy School, positions he has held for the past decade. In addition, he serves as a senior political analyst for CNN and works actively with a rising generation of new leaders.

In the past, he has served as a White House adviser to four U.S. presidents of both parties: Nixon, Ford, Reagan and Clinton. He wrote about those experiences in his New York Times best-seller, Eyewitness to Power: The Essence of Leadership, Nixon to Clinton (Simon & Schuster, 2001).

In the 1980s, he began a career in journalism. Starting with the McNeil-Lehrer NewsHour in 1984, he has been a regular commentator on public affairs for some 28 years. Twice he has been a member of election coverage teams that won Peabody awards. In the late 1980s, he was chief editor of U.S. News & World Report, working with publisher Mort Zuckerman to achieve record gains in circulation and advertising.

He is an honors graduate of Yale and the Harvard Law School. Spoke at Town Hall on October 1, 2014.

Watch a video about David Gergen »

"Dinner, lecture, wonderful wines...tres bon! Now you must all look me up in New York City during your travels. I've left you my secret list of treasured restaurants. Adieu." - Jacques Pepin, World Premier Chef, Author, and Culinary Teacher