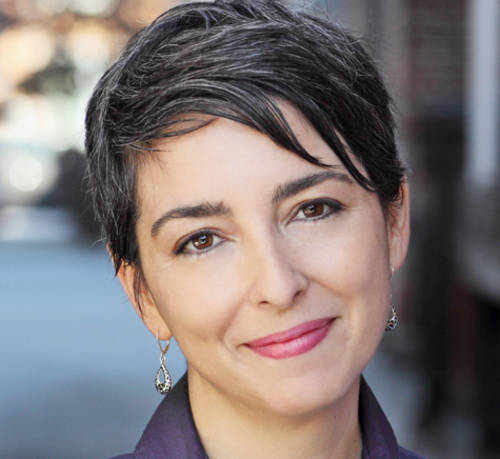 • Author, The Girls of Atomic City

Denise Kiernan has been working as a writer for nearly 20 years. Her most recent book, The Girls of Atomic City, is a New York Times, LA Times and NPR Bestseller.

She has also worked in television, serving as head writer for ABC’s “Who Wants to Be a Millionaire” during its Emmy award-winning first season and producing for places such as ESPN and MSNBC.

She has authored several popular history titles including Signing Their Lives Away, Signing Their Rights Away and Stuff Every American Should Know.

She has been featured on NPR’s Weekend Edition, PBS NewsHour, MSNBC’s “Morning Joe”, MSNBC’s “The Cycle” and “The Daily Show” with Jon Stewart.

In one of her most popular talks, Kiernan takes audiences back in time and into a top-secret world where young women and men lived and worked surrounded by spies and secrecy, forbidden to speak of their work, even to each other, as the United States worked to face the challenges of World War II and the Manhattan Project raced to harness nuclear power. A lively and engaging speaker, Kiernan enthralls audiences with this story of adventure, intrigue, sacrifice and controversy. Spoke at Town Hall on March 16, 2016.

Watch a Video about Denise Kiernan

"What a pleasant evening for me. I sincerely hope our paths cross again. " - Hugh Downs- Broadcast Journalist